For the most part, human waste is brown. This is because the internal biles and acids of our bodies are colored brown naturally, which tends to dye whatever comes out later. However, sometimes, the color of a stool may change depending on what you eat. So, you may be asking yourself, “Why is my poop orange?”.

It’s no surprise that the color of your poop is affected by the colors of the food you eat. Eating plenty of green vegetables and leafy greens can result in mainly green poop while eating a lot of red-colored food dye might make your waste seem a little pink or red for a while.

When it comes down to it, orange color in poop is often a result of eating orange food, like carrots, mangoes, orange Skittles, and so on. If you have orange-colored poop once or twice after eating plenty of orange-rich foods, you’re probably just fine. However, if your poop is consistently orange for a period of a couple of weeks, you may have some cause for concern. Strangely-colored waste can sometimes be the result of underlying and undiagnosed digestive issues.

While it’s a little bit of a gross topic, it’s definitely important to keep track of what your bowel movements look like. This is partly because you need to know whether or not you’re eating healthy, and partly because if you have a health issue anytime soon, your doctor will ask.

Doctors often ask about bowel movements and general questions about them because they know the significance of this natural detail of life. It’s essential for us to recognize it, as well.

If you’re finding that the more you pay attention to your poop, the more you realize it’s frequently orange, here are a few possible foods which might be the culprit:

Some sugary, sweet foods have a lot of orange food coloring in them, such as orange soda or orange Skittles. If you eat or drink too many things with this food color, you might find yourself looking in the toilet and deciding it is very orange. Red food coloring can also make poop appear orangey.

Mangoes, oranges, apricots, and even tomatoes… there are a lot of fruits out there that can turn poop a pale orange color. This is healthy and often passes within a couple of bowel movements. 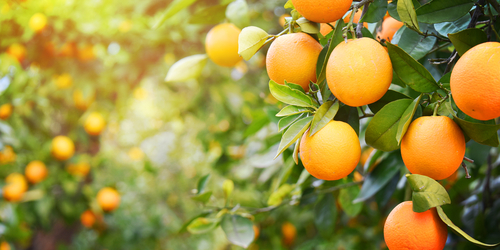 Some medicines, orange or not, can change the color of poop. For example, some who have taken rifampin pain medicines have found that their stools are a little orange. There are plenty out there without documentation which might alter the color of a patient’s poop.

You may find that the cause for your orange poop isn’t food-related. Perhaps you did some experimenting and for the last week or so you have only eaten foods without beta-carotene or orange food dye present in them, and yet your waste is still orangey. This might be cause for concern. While there are no intensely alarming medical ramifications of consistently orange poop, this could point to a digestive problem which you haven’t been diagnosed with yet. If you feel that you experience any of the following, you may have a digestive issue causing orange poop:

Some of the underlying causes for these symptoms related to orange poop include gastrointestinal diseases, IBS (irritable bowel syndrome), liver disease, and more. If you find that you can identify with two or more of the symptoms above, you may want to consult with a health professional to find what the problem may be.

While orange poop isn’t a problem in itself, some are uncomfortable with the idea of having differently-colored stools due to heavy intake of one color of food.

If you’re trying to improve overall digestive health, just in case, there are plenty of digestive enzymes and supplements which may yield benefits for those suffering from orange poop. For example, GutProtect™ is a supplement which supports immune and digestive systems at their source, and it’s naturally-derived. You could also take papaya enzymes.

Remember, orange poop is often directly correlated with the color of the food you’ve been eating, and paying attention to bowel movements and stools is important for awareness.